SUBSCRIBING To ALL EPISODES

ALL THE EPISODES, CHRONOLOGICALLY

Here you will find unabridged POEMS & STORIES, USEFUL LANGUAGE to Listen & Repeat, episodes for ELEMENTARY students, & some other segments, for all kinds of levels. Have a look! And enjoy! 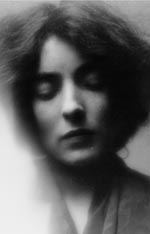 Go to the Mina Loy page on Literature – Talking People

Download “Poems. Mina Loy's "There is no Life or Death"” minaloylife.mp3 – Downloaded 496 times –

Read or print the poem 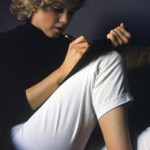 Check out the webpage at Talking People about Sylvia Plath

Read the poem and learn more about this insightful author

Welcome to the TP Podcast!
This time I’m going to read one of the most human poems ever written, a poem that can be understood even if we don’t share the same its author’s time space and culture. I’ll read Shakespeare’s “To be or not to be” in Hamlet, Prince of Denmark. Then I’ll tell you my pacifist version of the first five lines, which was what I declared when I was arrested after taking Direct Nonviolent Action (DNVA) at Greenham Common in 1990. (I have to add here that the Sergeant was quite enthusiastic about my statement. I was released about half an hour later!)
Read “To be or not to be”. Here is the pacifist version, also in Spanish.
Here is the Talking People webpage devoted to Shakespeare, who we love!
If you’ve never thought about what the to be or not to be question is, I suggest you think about it now, and if you can, discuss it with more people – you will be surprised.
Thank you for listening and have a nice day!
Listen to this episode.

Download “Poems. To be or not to be, by William Shakespeare” shakespeare_tobeornottobe.mp3 – Downloaded 408 times –

Check out the Talking People webpage for Anne Sexton, and you’ll be able to listen to her!!!

I love this poem. It’s so mysterious, and so honest. I don’t know what it means. I just know it means something mysterious and daily and beautiful, plus totally human. Picture it as a post-it note on a fridge. Hope you enjoy it!

Read the lyrics here (from her album “not so soft”, 1991)
Language notes: “to wane” is something the moon does, because the moon waxes and wanes! “To toe the line” is ‘to conform to a rule or standard’.
More on Ani Difranco at the Talking People Website (Music)

Post  your comments at the Dakota in Spain blog
Read the poem at Dian Million’s webpage on Talking People, and find out more about her

Read the poem and learn more about its author. There are some language notes in the Word version you’ll find.
Hope you enjoy it!

Tell yourself this poem when you are waiting to enter an examination room! It’ll lull you a bit, soothe you down, and you’ll be able to concentrate and focus better! 🙂

Welcome to our poetry segment!
Read this poem, watch videos where Joy Harjo reads other poems or plays music…